Traditional marketing has taken a back seat for many small and medium-sized enterprises, making way for it's younger and more economical counterpart, digital marketing. As marketers, it's tempting to think that modern things are better than traditional things. After all, our industry is a rat race to keep up with the latest trends and the shortening attention spans of our target audience.

If Time Inc couldn’t survive changing trends, how can we? In many technologically advanced countries, traditional media outlets like radio, newspapers, magazines and television are scampering like doomsday preppers. Bracing themselves for the disastrous downfall of traditional media. An example of this is American worldwide mass media corporation, Time Inc. The corporation suffered a 21% drop in print ad revenue and a 32% increase in digital ad revenue according to its 2017 first-quarter earnings report. Time Inc, under the media conglomerate Time Warner, owns and publishes top magazines such as Sports Illustrated, People Magazine and Time Magazine. Time Inc was bought out by Meredith Corporation in 2017 and went out with a tweet from the former editor in Chief John Huey: "R.I.P Time Inc. The 95-year run is over."

If this first world media giant could not withstand changing media trends, what does that mean for traditional marketing and media in a country like Jamaica that is still playing catch up with technology and marketing?

Simply, we need traditional marketing! In Jamaica, the socioeconomic status of our target audience means that our digital marketing efforts might not reach those without access to a smartphone, reliable and affordable internet connection. The trick is to create a marketing strategy that integrates digital and traditional.

While traditional marketing reaches a wider and more diversified local audience, digital marketing allows you to target 25-year-old women with children in Kingston whose income is over 2 million JMD yearly.

Strangely, targeting can get even more specific. Target Corporation, the second-largest department store retailer in the United States, predicted a teenage girl's pregnancy and started sending coupons for baby items before her father found out she was pregnant. Using historical data collected from previous shoppers, Target statistician Andrew Pole could assign a “pregnancy prediction score” based on the items women purchased. Today, loose internet privacy laws have made this kind of data mining easier for digital marketers.

With digital marketing, your reach is not limited by your budget

You might unintentionally produce the next viral video or Internet meme that gets blasted across the world. If you're strategic and customer-centric, your loyal customers might create a cult following around your product, with minimal effort and more importantly minimal funding on your part.

Lasco Jamaica Ltd. went viral when the Jamaica Star reported a story about a man who was arrested while on his way to buy a pack of Lasco Soy Food Drink for his child. The video got 248,433 views on YouTube and 94,828 views on Facebook. Fans of the story created memes around the on social media. Lasco was either completely unaware of their moment of internet fame, or they ignored it for fear of negative publicity.

Unfortunately with social media, you can fall as quickly as you rise. Yahoo finance suffered a major blunder that went viral in 2017 after they tweeted a typo: "Donald Trump wants a ni**er navy", instead of "bigger navy". Twitter had a field day with this error, mocking and memeing the company who issued an apology after taking 20 minutes to notice the typo.

If this was a competition, digital marketing would be a clear winner. However, your marketing strategy is about integration. Jamaican marketers must embrace digital marketing capabilities while taking advantage of traditional marketing ability to reach older demographics and corners of the country where internet connection is scarce. 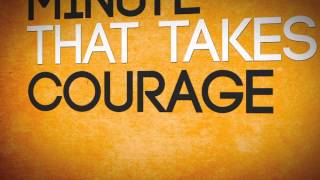 7 Best Reasons For Outsourcing Your Marketing